Today we discuss how markets work in real life, and what prices actually do, and why we need them to coordinate economic activity.

This is hands down my favorite lecture to give every semester, and arguably the most important one, since we focus on reading “between the lines” of the fictional models we construct (supply and demand, perfect competition, etc.) and what happens in real world markets. All too often, people learn the models of basic economics and make one of the following mistakes:

I will argue, over the remainder of the semester, that despite the flaws in these models, they are still useful for understanding and explaining how the real world works.

The essence of this lecture is very subtle, but very important. Hence, I have tried to give you some well-known readings

Knight’s (1920) book is the most famous discussion of the perfect competition model, and how real world competition differs from the model because of uncertainty, which gives rise to the possibility of positive profit in the real world.

Hayek (1945) is one of the most famous papers in economics, arguing how the economy is not a constrained optimization problem, and that central planning faces an enormous knowledge problem, as prices are needed to tap into the fragmented, tacit knowledge dispersed across individuals (that no single person or entity can know) to coordinate the behavior of millions of people.

Alchian (1950) argues that the behavioral assumption of firms maximizing profits is incorrect, because there is no way anything can be maximized in a world of uncertainty (see Knight). It is better to view market competition in evolutionary terms, firms survive simply by earning positive profits (rather than maximum profits) by best adapting to the competitive environment — whether by intention and skill, or by sheer luck: “Even in a world of stupid men there would be profits.”

The video lecture by Gerd Gigerenzer provides a more modern approach to understanding how to model the world under uncertainty: that it is impossible to optimize, but instead to use heuristics. This stands as a strong criticism of behavioral economics (which focuses on the supposed irrationality of decision-making).

Finally, the two videos “What if There Were No Prices” and “Mises vs. Marx” are the best way to understand what was known as the “Socialist Calculation Debate” in the 1920s-1940s: can we centrally plan an economy? I cover this debate more extensively in two of my other classes (see links to ECON 317 and ECON 452). 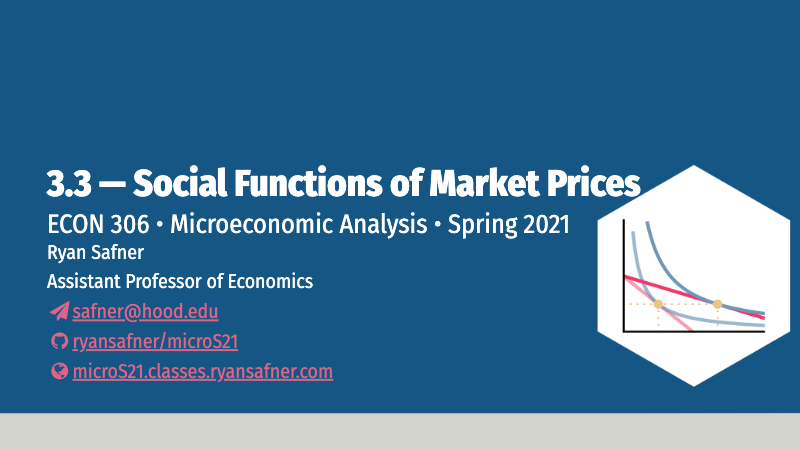